After a record number of 34,021 voters casted ballots on the first day of the Midterm Election Early Voting in Bexar County on Monday, the candidates in the hottest contested U.S. Senate race appeared in the Alamo City. 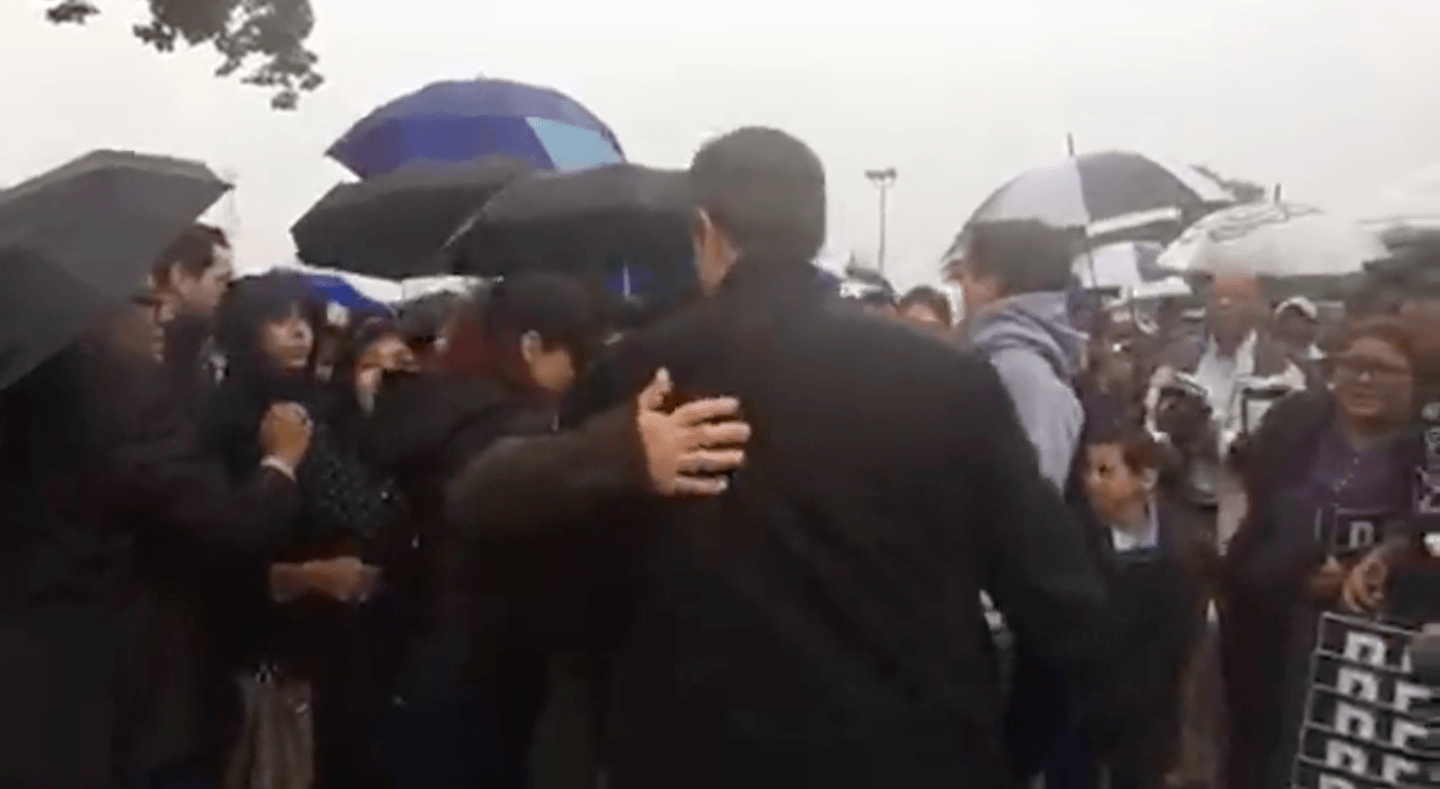 Congressman Beto O’Rourke appeared at the Claude Black Center early Tuesday morning to meet and greet a large crowd of enthusiastic voters for his first stop on a tour of early voting sites around the city.  He addressed the crowd outside in the cold rain and took the time to take photos with everyone before proceeding to the next polling place on his San Antonio Tour.

Senator Ted Cruz was spotted downtown on Houston Street outside of his campaign tour bus greeting passers by.  He was in Houston Monday for a rally attended by President Trump.