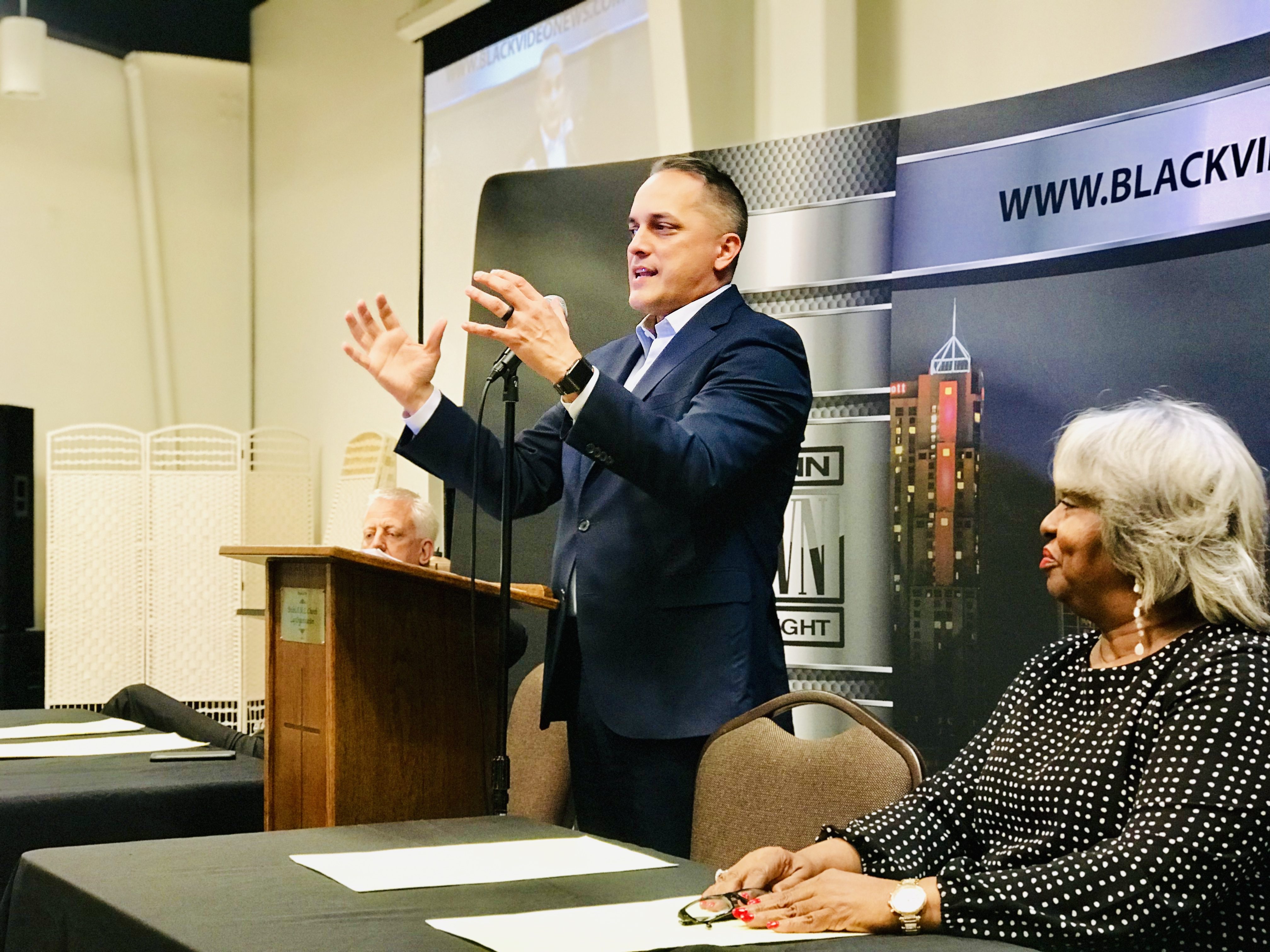 More than 200 citizens attended a Voter Education Forum at the Bethel AME Church Beasley Brown Community Center to learn about the City of San Antonio charter amendments, Propositions A, B and C, that are on the midterm election ballot where local voters will begin making their decisions to vote yes or no starting this Monday, October 22nd. 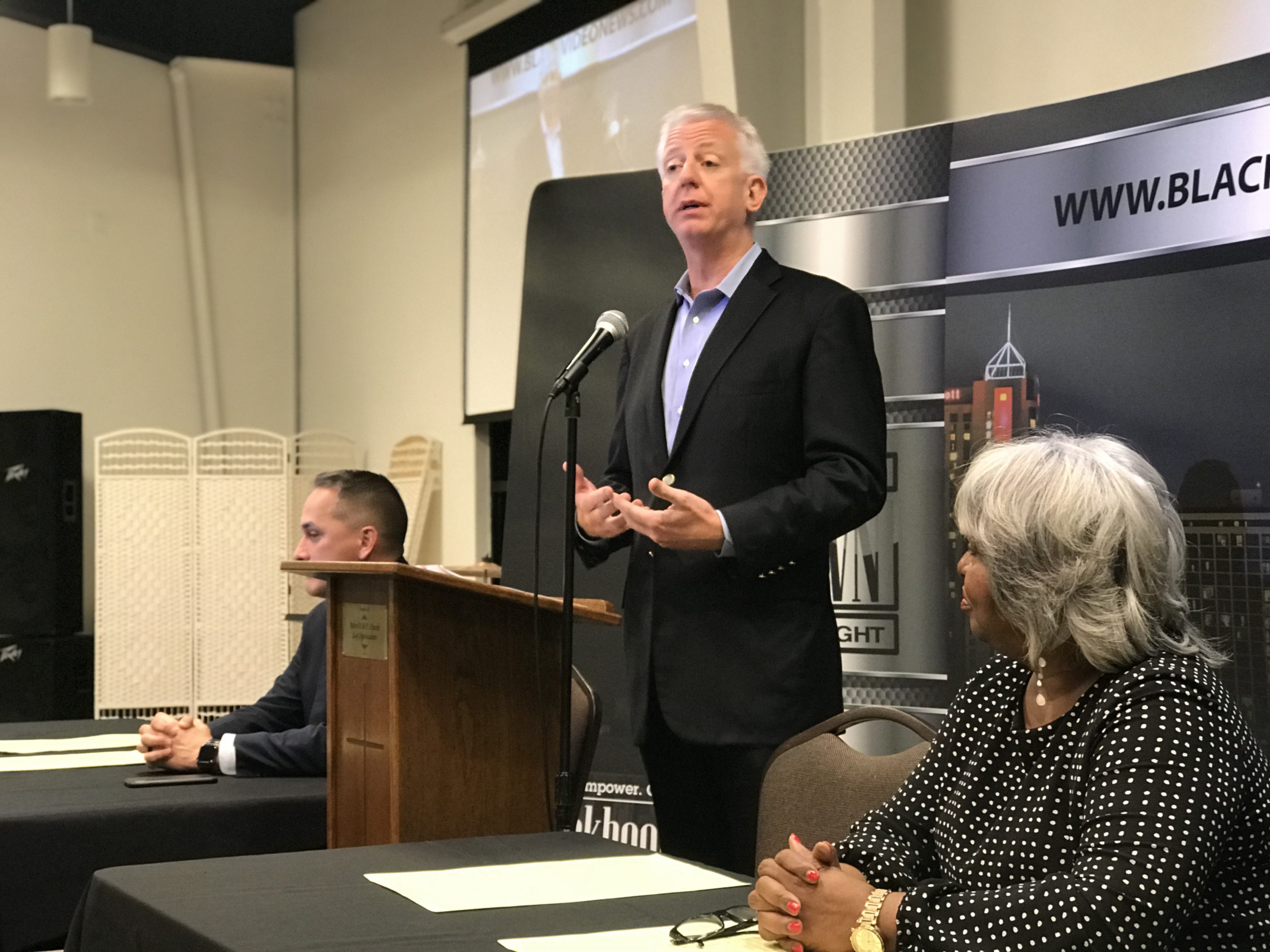 Brockhouse opened for the Vote Yes side.  “I felt it was wrong that the Go Vote No campaign was all personal attacks” elaborating that he trusted constituents to make their decision on the facts and not the attacks.  Hartman representing the Vote No campaign followed with his opening statement “I don’t normally get involved in politics..” claiming we’d be going from Military City to Referendum City if Proposition A passed.

After each panelist made their case for voting yes and no, they took anonymous written questions about the Propositions.  Each attendee was given a blank card to submit a question. The panelists left the room and the subject matter experts proceeded to discuss bonds, term limitations, salary caps and referendums and how they may be effected by the passage of the Propositions.  Following the subject matter presentations, Moderator Gervin-Hawkins opened the floor for final, open questions and comments from the floor on each Proposition. 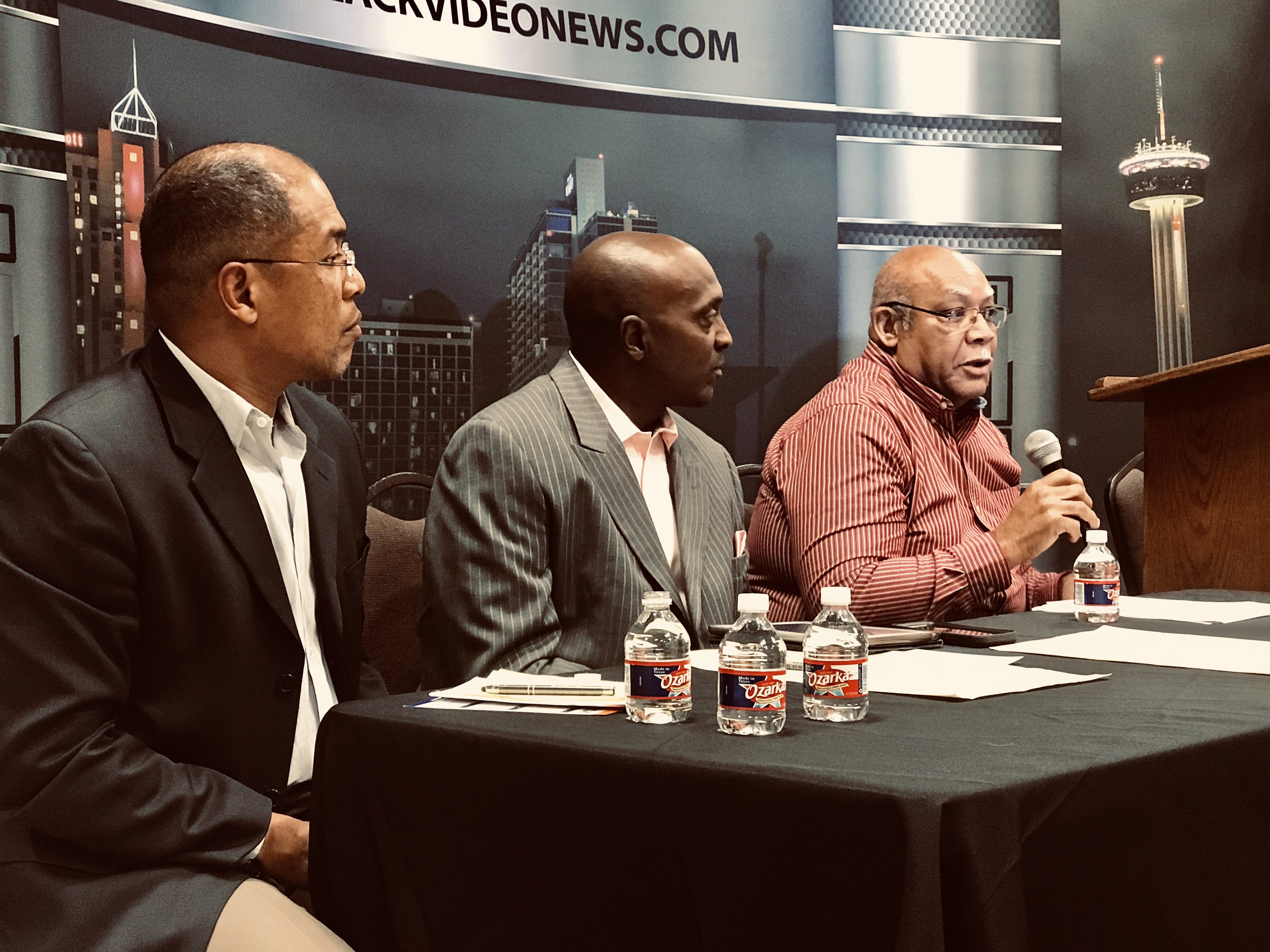 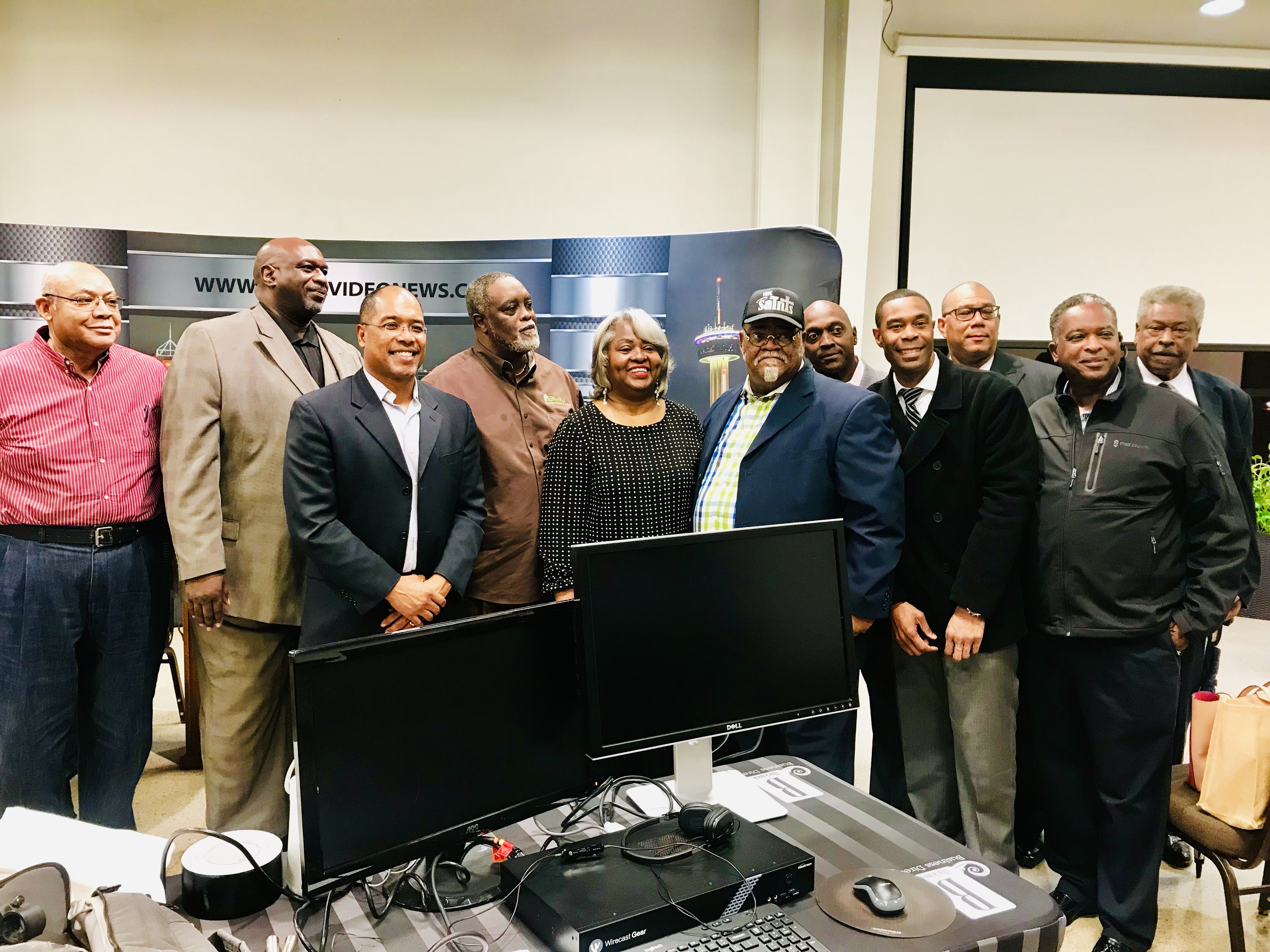