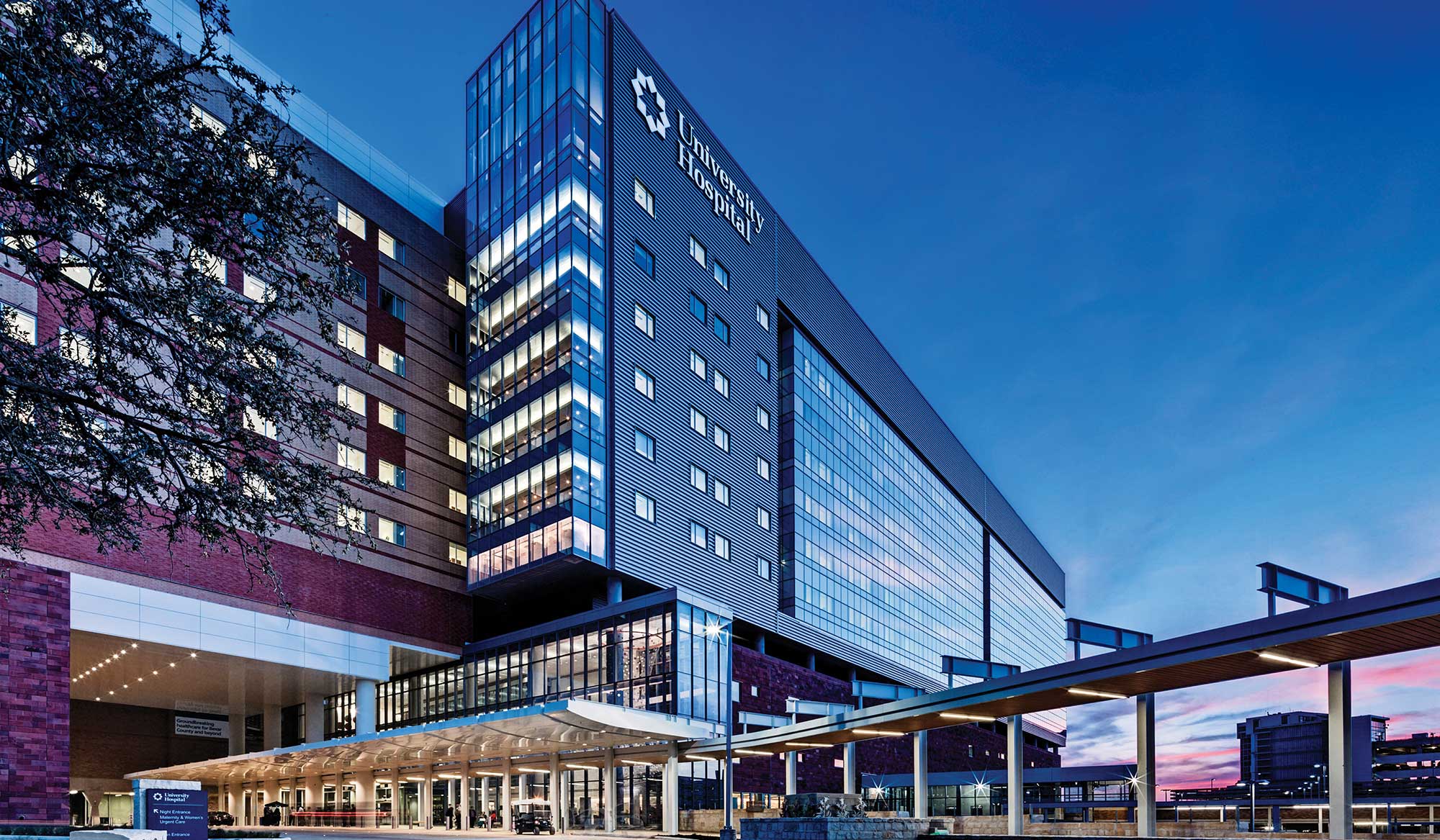 Who says that ordinary people can’t make a difference? 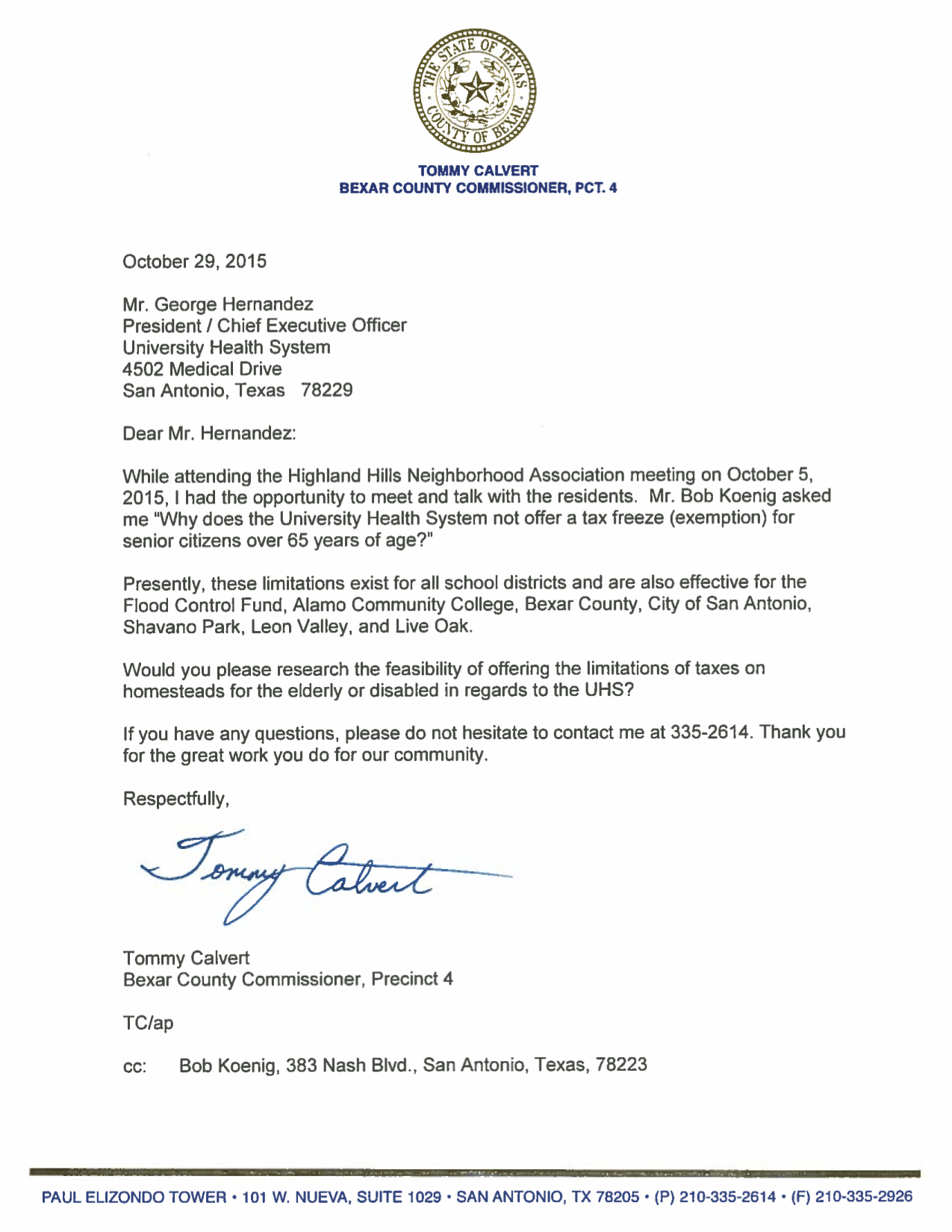 In June of 2015, Robert Koenig attended the Pecan Valley Neighborhood Association meeting, where Commissioner Tommy Calvert was giving an update on county initiatives. Calvert recalled that, in the question and answer period, Koenig asked, “‘Hey, we have a city and county property tax freeze but what about a UHS senior property tax freeze? I keep seeing my UHS taxes go up every year.’”

The Commissioner agreed, and every year since, Calvert mentioned the issue during discussions over approving the $1.76 billion budget and tax rate of the University Health System (UHS).

UHS is the Bexar County hospital district, and it requires commissioners to approve its budget and tax rate recommendations from the board of managers.

Unbeknownst to Calvert, Robert Koenig passed away before he was able to get a tax cut from UHS; but his wife, family, and thousands of Bexar County residents over the age of 65 will benefit from him raising the issue.

When the issue was proposed by the UHS Board to the Commissioners Court on Tuesday, June 5, 2018, it was uncertain whether or not the $10,000 tax exemption would be approved.

Under the proposal brought to the county by UHS, the system would lose about $3.4 million dollars annually in revenue. 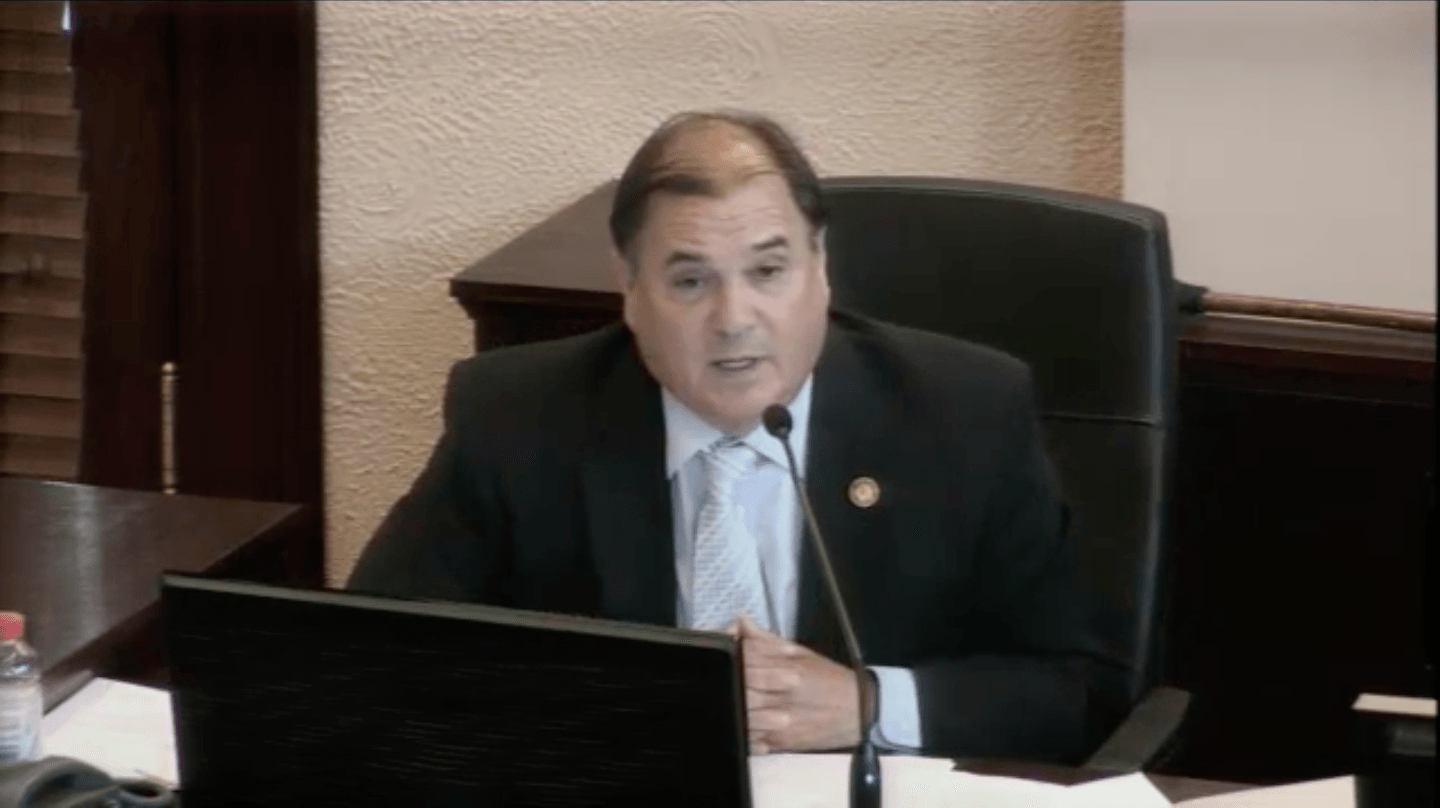 He explained that he would vote against it because it was not large enough tax relief, saying that the “$10,000 doesn’t do anything for the people right now. I mean the prescription drugs are expensive and any kind of remodeling that [seniors] are going to do on [their] home[s] for wheelchairs. I don’t see the value of the $10,000.”

Under the proposal brought to the county by UHS, the system would lose about $3.4 million dollars annually in revenue.

George Hernandez, CEO of the UHS system, responded to Commissioner Rodriguez’s concern  saying, “The older we get, the more we depend on healthcare.  The way we address the seniors is first and foremost is providing a top-rated system. It’s a start and I think in future years I think we can do more. This is something I felt we needed to match other governmental entities…If we can’t provide healthcare to the seniors, I think it would be a worse impact.” 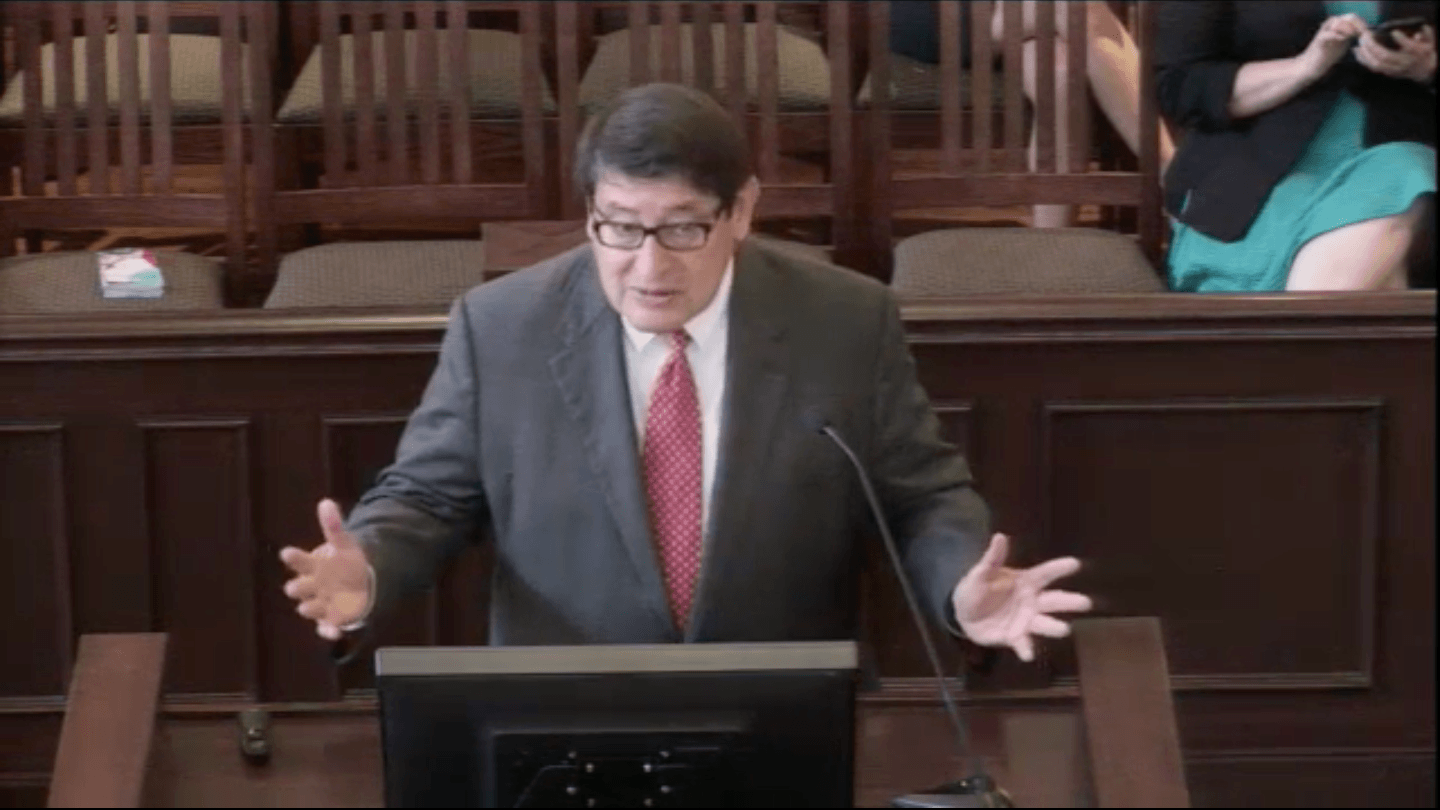 Earlier in Hernandez’s presentation, he pointed out that because the University Health System is a

top-rated system, it is a healthcare system that people with insurance choose, citing the fact that only 23 percent of their budget comes from taxpayers property taxes.

Precinct 2 County Commissioner Paul Elizondo defended the $10,000 tax exemption saying, “I have mixed feelings on this, because this is the amount, more or less precisely, what I wanted the  UHS system to invest in mental health.”

Elizondo continued,  “having made the motions to raise the [UHS] taxes in order to provide for the expansions that were much needed and extremely justified [and] the great job [UHS] did on the emergency tower and especially the [Robert B.] Green downtown… It’s a start to show the good faith of the county and the hospital board to the Texas Legislature that we get it—that we have to hold the line on taxes.”

Hernandez indicated that they are very nervous that the Texas Legislature will cut hospital reimbursements in this legislative session to make room for other budget priorities, such as the shortfall on recovery funds for Hurricane Harvey. 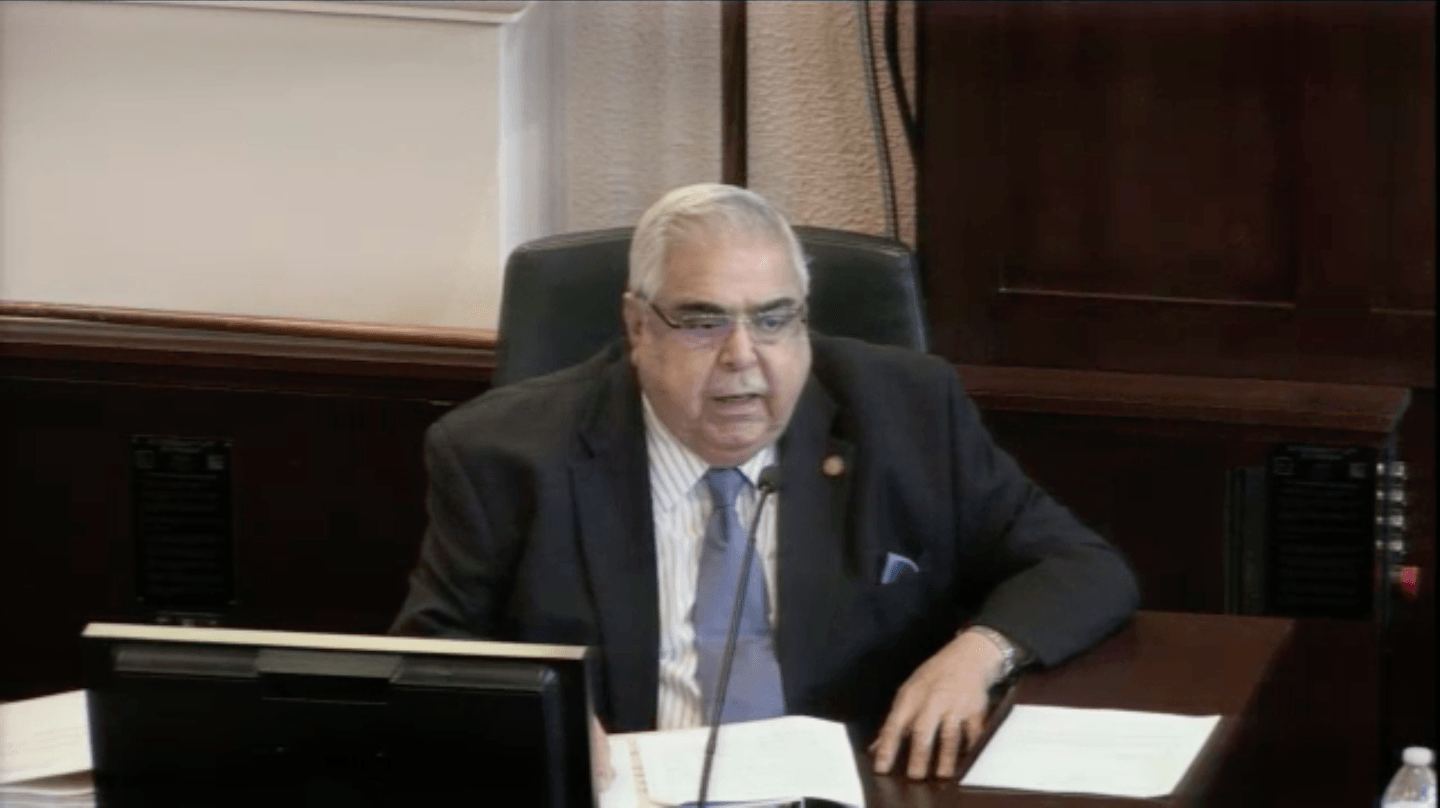 Texas Senate Bill 1, of which Patrick serves as presiding officer of the Texas Senate, mandates that school district appraisals must increase by 13.81 percent over two years on the largest portion (roughly 51 percent) of taxpayers tax bills: the school districts.

Further, he explained that the Lt. Governor has issued inaccurate and misleading campaign TV ads which seem to blame cities and counties for appraisal increases, when there is nothing school districts, counties, or cities can do to change the Senate’s appraisal increases.

“I really understand where Commissioner Rodriguez is coming from. I have been asking for a senior property tax freeze on UHS taxes, pretty much since I got here…But the UHS system is only 6 or 7 percent of the total tax bill.  So I can’t let the perfect get in the way of the good, and I’ll be voting for the tax cut,” explained Commissioner Calvert.

The late but small victory for seniors was finally passed years after Robert Koenig spoke up for seniors, showing that government officials can be moved by the ideas of the people they serve.

Koenig’s activism for others is integral to his legacy. Neighbors knew him as a person who dedicated himself to serving his community.

Toni Moorhouse, former District 3 San Antonio city councilwoman and the president of the Pecan Valley Neighborhood Association described him as “a modest individual” who was “always committed to his community—you don’t find too many like him anymore.”

Koenig was the President of the National Active and Retired Federal Employees (NARFE) and an active member of the Holy Name Catholic Church on the southeast side.

On August 9, 2016, Mr. Koenig passed away. His death was a loss for his family, community, and all those he served in his various roles. However, even in death, it seems that Mr. Koenig was not quite finished serving his community.