Former Harlandale ISD trustee Joshua Cerna has been sentenced to a year in a halfway house and has been ordered to pay $40,000 by a federal judge for his role in a conspiracy to secure hefty insurance contract commissions for the brokerage firm that he had worked for.

His sentence is the most recent in connection to a sweeping anti-corruption investigation by the FBI. Cerna, a former employee of Mullen Pension & Benefits Group, had conspired with former Chief Financial Officer Sam Mullen to steer various San Antonio school districts toward Mullen Group clients’ health insurance contracts. 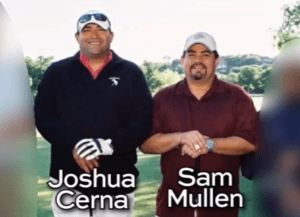 SAISD Insurance Consultant William Haff accepted over $80,000 for his pro-Mullen Group recommendations made to the San Antonio, Edgewood and South San Antonio independent school districts. It is estimated that over $2.5 million in commissions made its way to key Mullen Pension & Benefits Group employees during the duration of the conspiracy, which took place from March 2008 to May 2015.

Former SAISD board member and district veteran Olga Hernandez had originally been indicted by the FBI for her role in steering the contracts, but was acquitted in December of 2017. She accepted thousands of dollars in cash, jewelry, and assorted travel costs from Joshua Cerna, who had intended to persuade Hernandez to use her influence to support the Mullen Group in the district health insurance selection process.

Coincidentally, she never voted against the interests of the Mullen Group, and often advocated on their behalf both in public meetings and in private. According to lead defense attorney William Reid, Hernandez genuinely believed that representatives from the Mullen Group had purely educational intentions throughout their meetings and that the gifts she received from the agency were no-strings-attached and not related to the contracts they were pushing.

Cerna is the last of those indicted by the FBI to receive his sentence, which was far more lenient than the 37 month sentence given to his conspirator, Sam Mullen.

For the victims of these individuals’ crimes—the employees of the defrauded school districts that paid exorbitant premiums as a result of the unfavorable contracts—perhaps the sentencing will provide solace in lieu of monetary penance.