After the awful cliché of the air conditioner breaking down just in time for Summer Solstice and the onset of South Texas 90 to 100 degree weather, longtime restaurateur and community legend Alice “Ma” Harper of Ma Harper’s Creole Kitchen on the Eastside of San Antonio received overwhelming support to keep her doors open and customers cool. 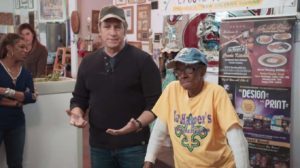 Mike Rowe with Ma Harper on an episode of Mike Rowe’s show, Returning The Favor

The community stepped up by raising most of the money within one day of the formation of the GoFundMe account “Help Ma Harper Stay Cool.” Within four days, 28 donors raised more than the goal of $2,500, the amount needed, for the costly ac unit repairs.

For decades, Ma Harper has been giving back the community by helping and donating to many non-profit organizations, feeding the homeless, feeding people after they have been released from jail, hiring formerly incarcerated individuals, as well as being active with her church community. 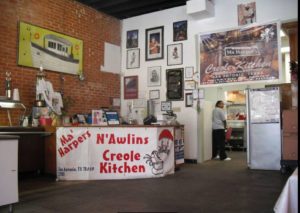 Kyle Villarreal, Veteran and Owner of K-Air Air Conditioning, Heating and Refrigeration helped by providing the necessary parts and services at a discounted rate.

Show your love for Ma Harper’s Creole Kitchen, 1816 N. New Braunfels Ave., next time you’re in the mood for some delicious home cooking and to support one of San Antonio’s legendary, locally-owned and operated restaurants!

Black History Month – And on this day….