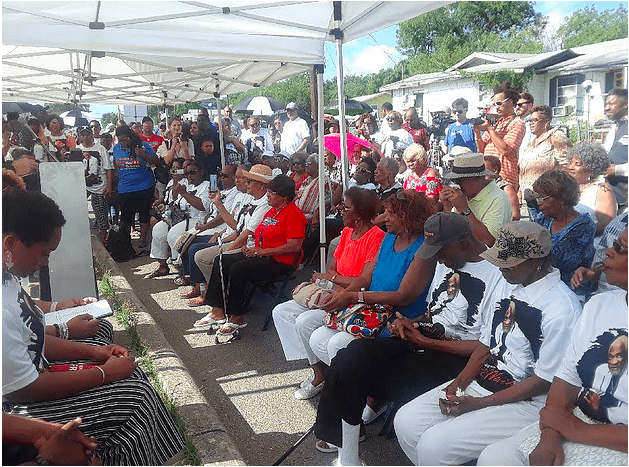 Hundreds gathered on the Eastside of San Antonio, Texas Saturday morning for the dedication and ribbon cutting

ceremony of “Mel Waiters Way” the newly named street running from north to south in honor of the late hometown Blues Legend ‘Marvelous’ Mel Waiters. He grew up in the East Terrace Neighborhood where he honed his skills as an artist.

Waiters was known throughout the South for his hits including “Got My Whiskey” and “Hole in the Wall,” where his music set the tone for dancing and socializing. Mel Waiters passed on May 28, 2015. 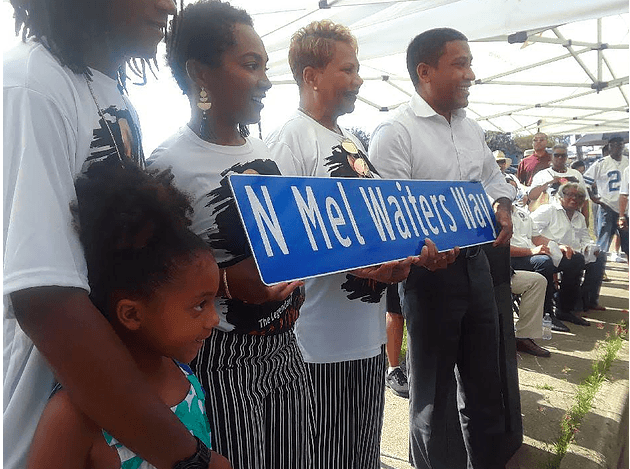 A recurring theme amongst speakers was Mel’s constant jovial demeanor that lifted people’s spirits and the generosity and kindness he extended everybody he came in contact with.

“He took care of people and treated everybody he encountered with respect, I don’t think there was ever a time he said the word ‘no’ to anybody, ever, when they needed help,” said Portia Waiters.

Earlier this year the Mayor and City Council voted unanimously after the majority of the citizens on Rio Grande Street signed the petition to name the street after the famous, late Blues Singer. 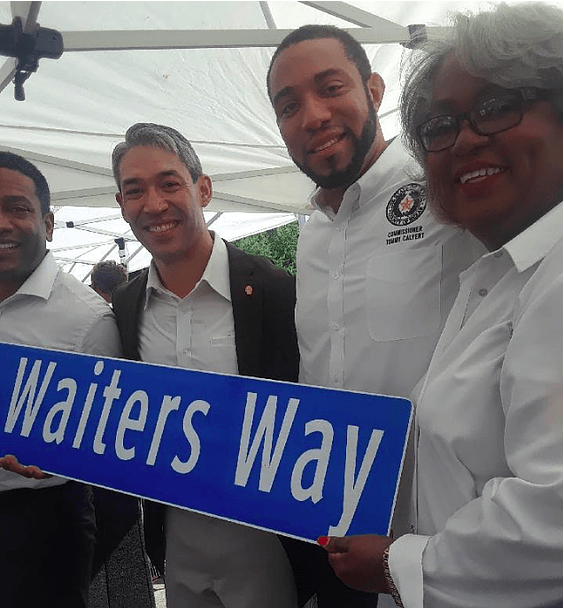 Mel Waiters used to say “I sing about real life from the experiences I’ve gone through and people respond to it because they’ve been through it too.”

More than 300 people attended this historic event.  Mel Waiters is only the second African American, and first musician, in San Antonio, the seventh largest city in the nation, to have a street named after him.